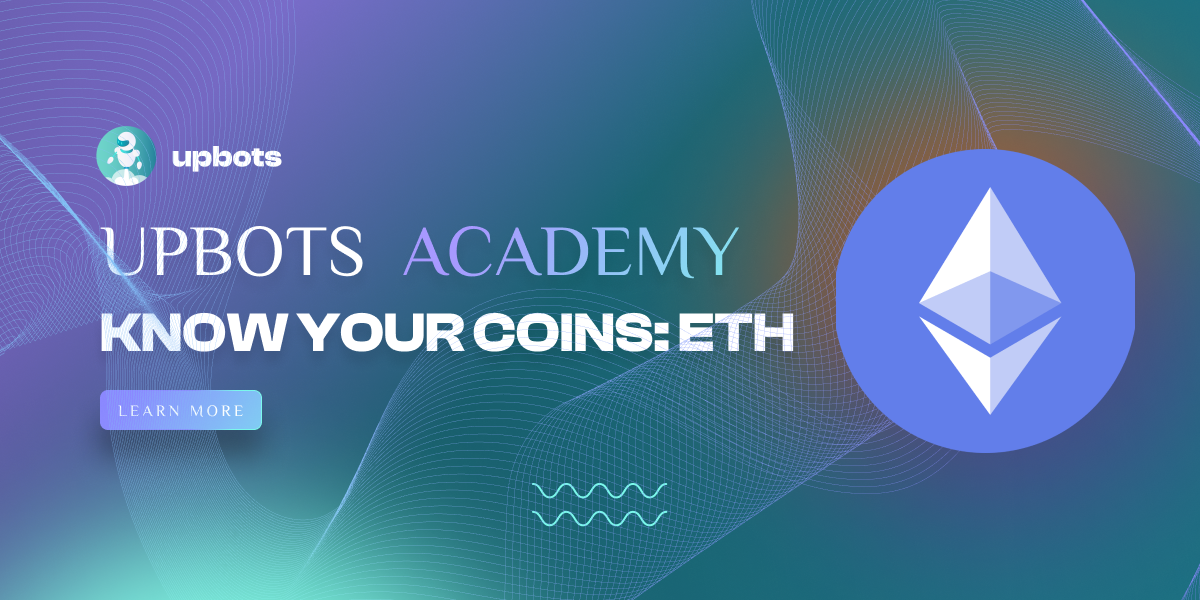 Last week we started our new "Know Your Coins" series starting of course with King Bitcoin, the first coin to be born and the pioneer of the crypto ecosystem.

As you can imagine, for this second episode we can't help but tackle the vice champion, Ethereum. Let's get started!

Unlike the creator of Bitcoin, the famous Satoshi Nakamoto whose real identity remains unknown to this day, Ethereum has a real-life creator, Vitalik Buterin. Vitalik discovered crypto-currencies like everyone else when Bitcoin was created in 2011 and decided to create another complete Turing language.

A language is said to be "Turing complete" if it has an expressive power at least equivalent to that of Turing machines. In such a system, it is thus possible to program any Turing machine. This is very useful for Vitalik and his idea of smart-contracts.

The white paper of Ethereum was released at the end of 2013 and the first Ether was sold in early 2014 to finance the development of the project. The ETH blockchain was finally  released in July 2015.

As mentioned above, Ethereum has always aimed to allow the programming of smart-contracts on its blockchain. It is also possible to transfer funds using ETH, of course.

The main idea, with the possibility of smart-contracts, is to go even further in the "uberization" of society. The smart-contracts indeed allows the development of the Internet Of Things approach. We can imagine a smart-contracts putting in relation driver and passenger, without needing a third party.

The ETH blockchain, thanks to smart-contracts, was the first to host crypto games like CryptoKitties. This game allowed users to adopt and raise CryptoKitties using a now well-known protocol, ERC-721, or NFT standards.

ETH is also the pioneer of the DeFi ecosystem and many protocols use the ETH blockchain for staking, lending and trading on decentralized exchanges as a whole.

The ETH blockchain as we know it is in fact not the same as the one that was created at the very beginning, but a hard fork of the latter. This goes back to 2016, when TheDAO, an organisation created to raise funds in Ether for the financing of ETH projects was hacked.

From a technical point of view, ETH is now around USD 3,000 in its support zone. If the latter breaks, we will most likely end up at around USD 2,700.

We have several bots trading ETH on our platform, here is a list that should help you make your choice.

Quite the choice right? Come and test for yourself on the market place !

And that closes the overview of Ethereum. We have seen that ETH is very different from BTC in many ways, especially regarding smart-contracts.

Next week we will study another blockchain very popular in the DeFi and smart-contracts, you guessed it we will talk about BNB!

See you next week, take care!