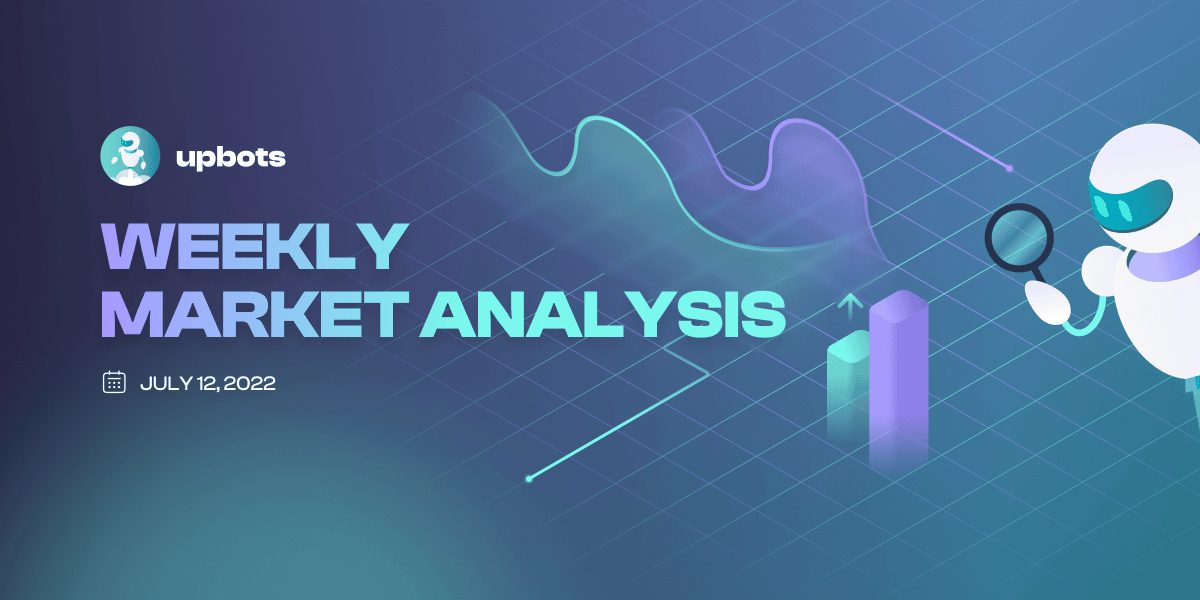 The evolution of the market during the past week was quite positive. Bitcoin is now trading just below the level of USD 20,000. What can we expect next? We’ll break this down later in the article but first, let’s go over the main industry news.

News is one of the factors that impact cryptocurrency prices. It is important for every trader to stay up-to-date with the latest developments in the sphere. We’ve hand-picked some of the most interesting ones for you:

A proposal to ban global cryptocurrency exchange Binance from operating in the Philippines will not gather steam due to a lack of regulations towards cryptocurrencies in the country. The Philippines’ Department of Trade and Industry (DTI) has cited no clear guidelines set out by the country’s central bank, Banko Sentral ng Pilipinas (BSP), as a dead-stop after a lobbying group called for the prohibition of Binance in early July. Source: https://cointelegraph.com/news/binance-ban-off-the-cards-says-philippine-trade-and-industry-department

Capitulation ongoing but markets not at the bottom yet: Glassnode

Bitcoin wealth is being distributed from weak hands to strong hands due to ongoing capitulation from retail investors and miners, signaling that the bottom may be close. The latest ‘The Week On-Chain’ report from blockchain analysis firm Glassnode on July 11 explains that market capitulations have been ongoing for about a month and that several other signals suggest bottom formations in Bitcoin prices. However, Glassnode analysts wrote that the bear market “still requires an element of duration” as Long-Term Holders (LTH), who tend to have greater confidence in Bitcoin as a technology, increasingly bear the greatest unrealized losses. Source: https://cointelegraph.com/news/capitulation-ongoing-but-markets-not-at-the-bottom-yet-glassnode

With many parts of Texas enduring days of temperatures well over 100 degrees Fahrenheit in July, many crypto miners have shuttered operations in anticipation of the state’s energy grid being unable to meet demand. The Electric Reliability Council of Texas, or ERCOT, on Sunday, called on Texas residents and businesses to conserve electricity with “record high electric demand” expected on Monday. According to ERCOT’s forecast, demand for electricity in Texas — due in part from running air conditioners amid extreme heat — could surpass the available supply. Source: https://cointelegraph.com/news/crypto-miners-in-texas-shut-down-operations-as-state-experiences-extreme-heat-wave 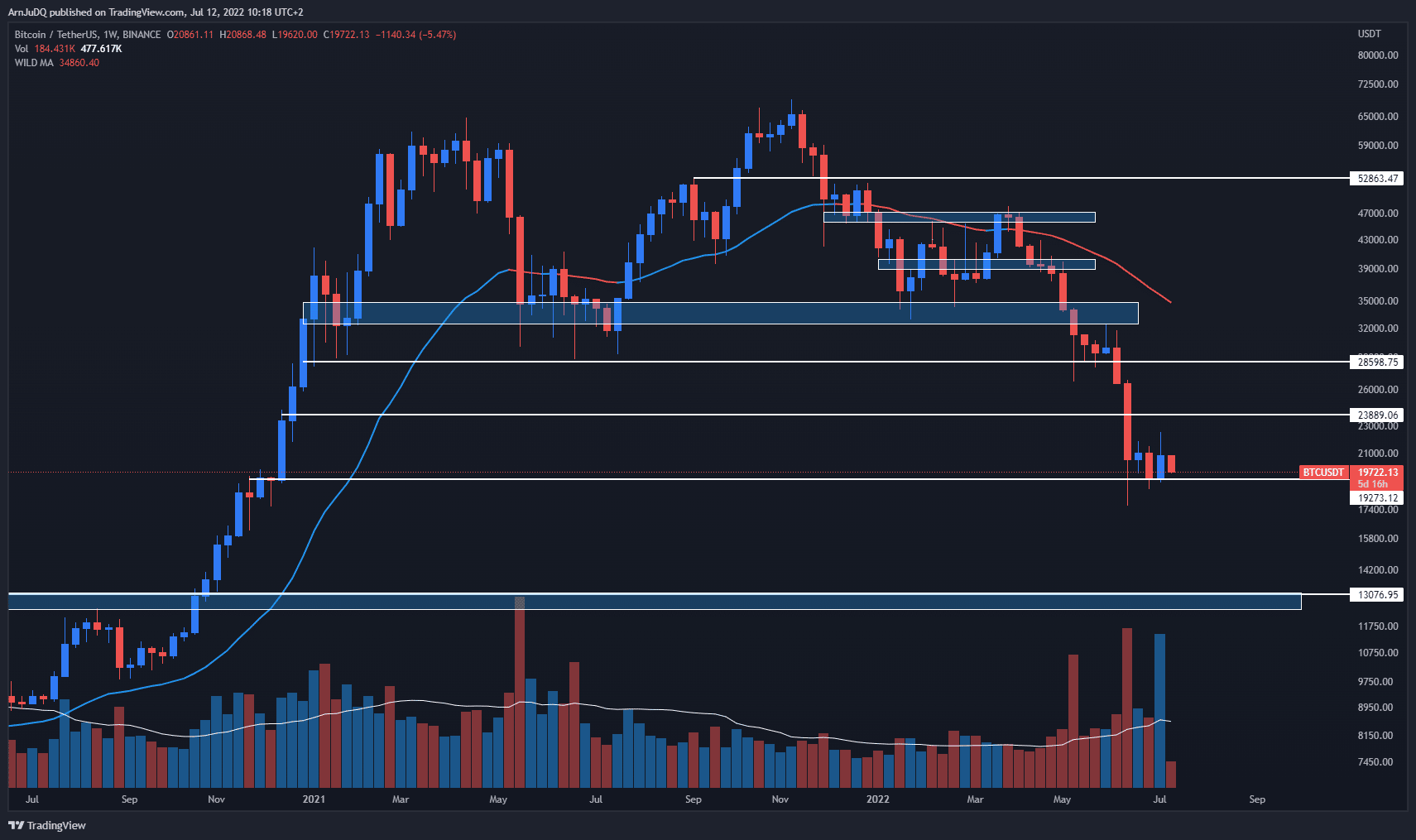 Last week ended on a high note for BTC around the USD 20,800 mark, but this was short-lived as at the time of writing, BTC is once again trading below the USD 20,000 level.

The trading volume over the past week has been very heavy, showing strong buying interest in BTC’s historical support. This could indicate a consolidation with an accumulation, but it is still a bit early to tell.

When looking at the chart, we can easily see that the bearish risk is real and quite significant. There is little or nothing to stop a decline before the USD 12-13,000 area.

As long as BTC doesn’t go above, at least, USD 24,000, it is too dangerous to open a swing trading position. 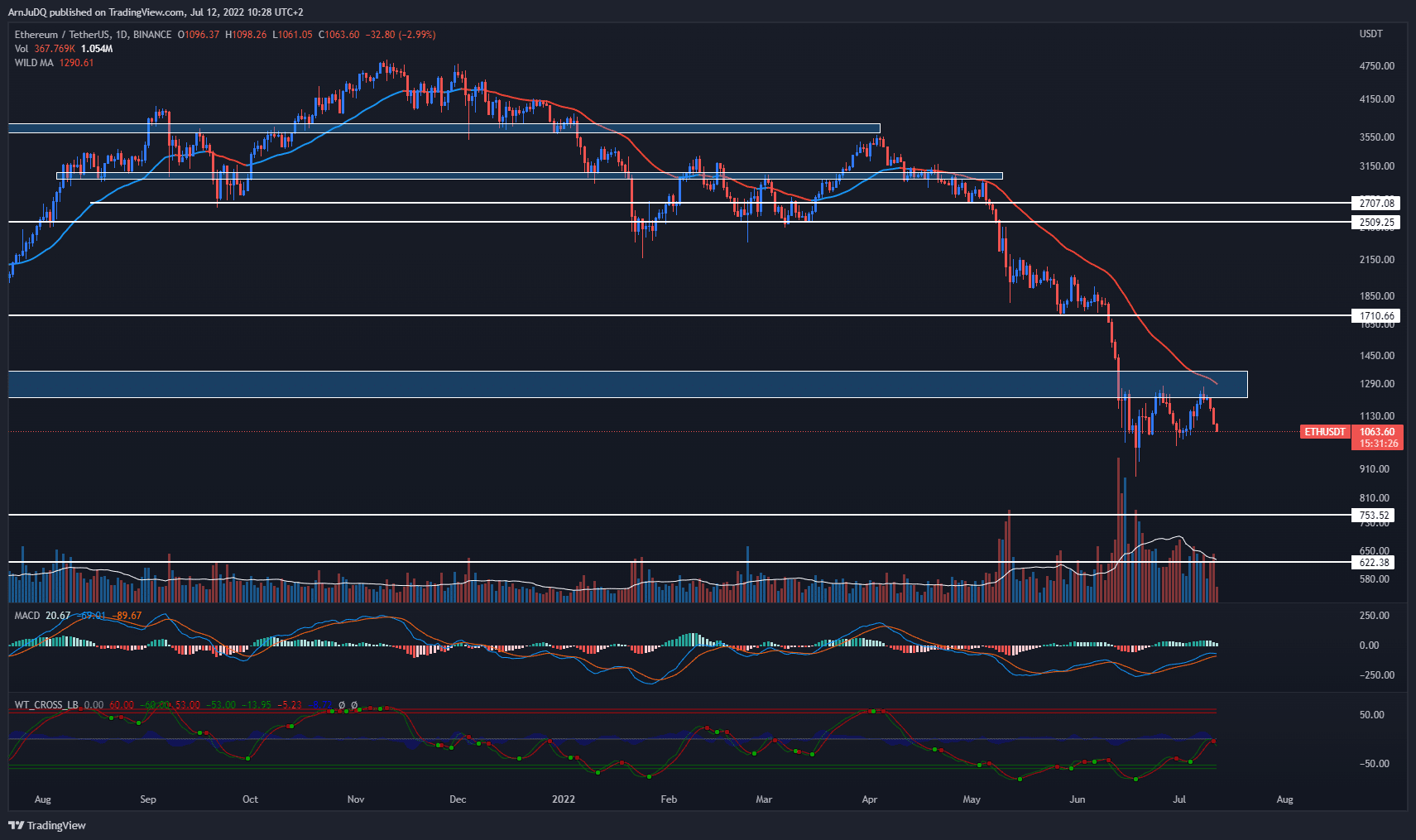 We were talking last week about ETH’s resistance zone, well just like BTC, Ethereum closed last week up but just to get pushed back under that same zone.

Leaving aside the bearish excess that saw ETH fall all the way to the USD 800 level, the current configuration makes us think of a flag consolidation, which is usually a continuation pattern.

The daily technical situation is now neutral with a MACD that has yet to cross lower but a WaveTrend that has already given a sell signal.

Altcoin of the week: Conditional long on ATOM 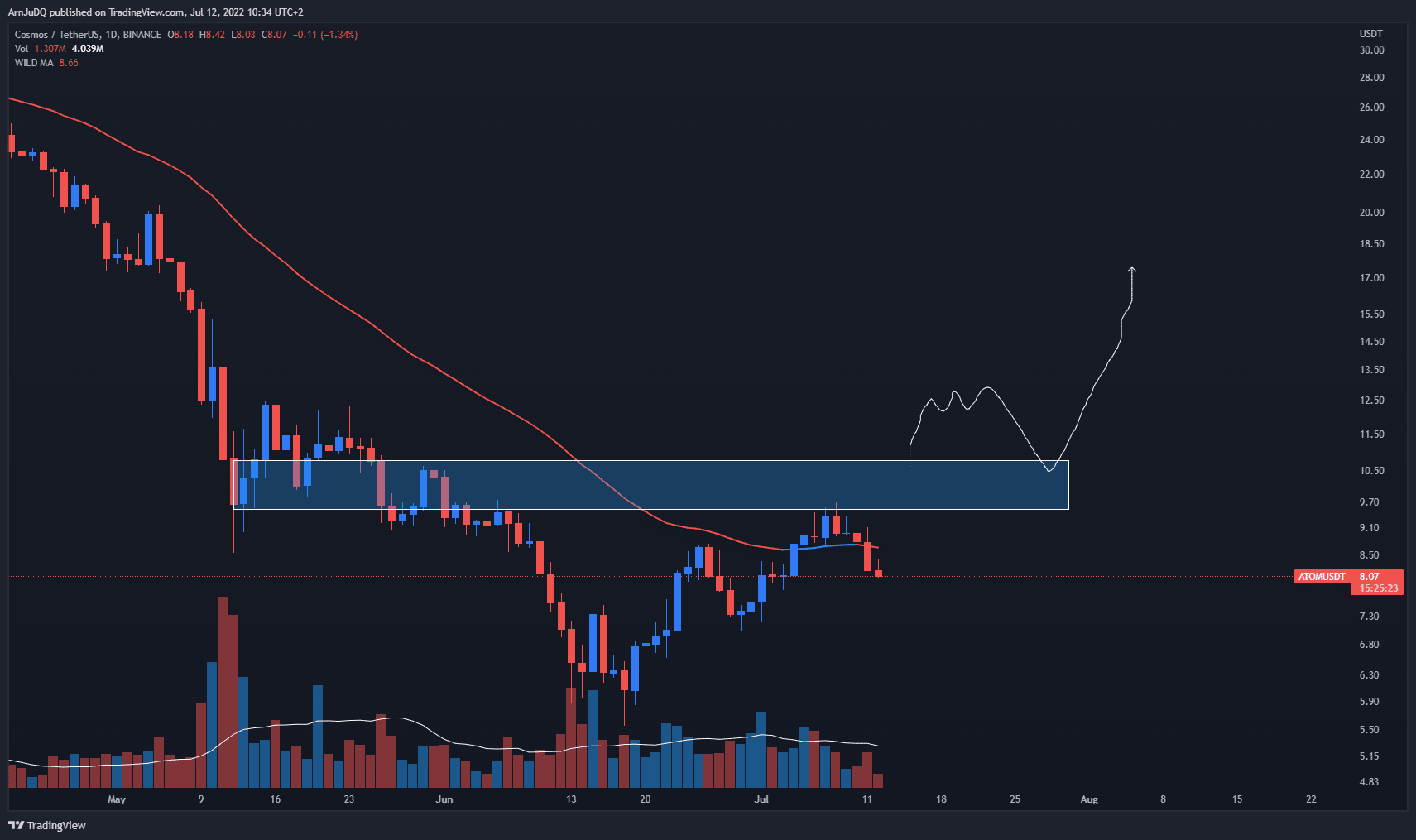 The ATOM/USDT pair also failed under a resistance zone like most of the available corners in the market.

If ATOM manages to tag the USD 12 level, we may open a buy position on a retest of the support zone.

In the meantime, be careful! Do not overexpose yourself, as usual.

There is nothing more important for success in trading. Plan the trade and trade the plan! As simple as that. In fact, don’t be tempted to take dangerous positions and wait for confirmation.

I’ll see you next week, take care of yourself!

© 2023 Copyright by UpBots - All rights reserved