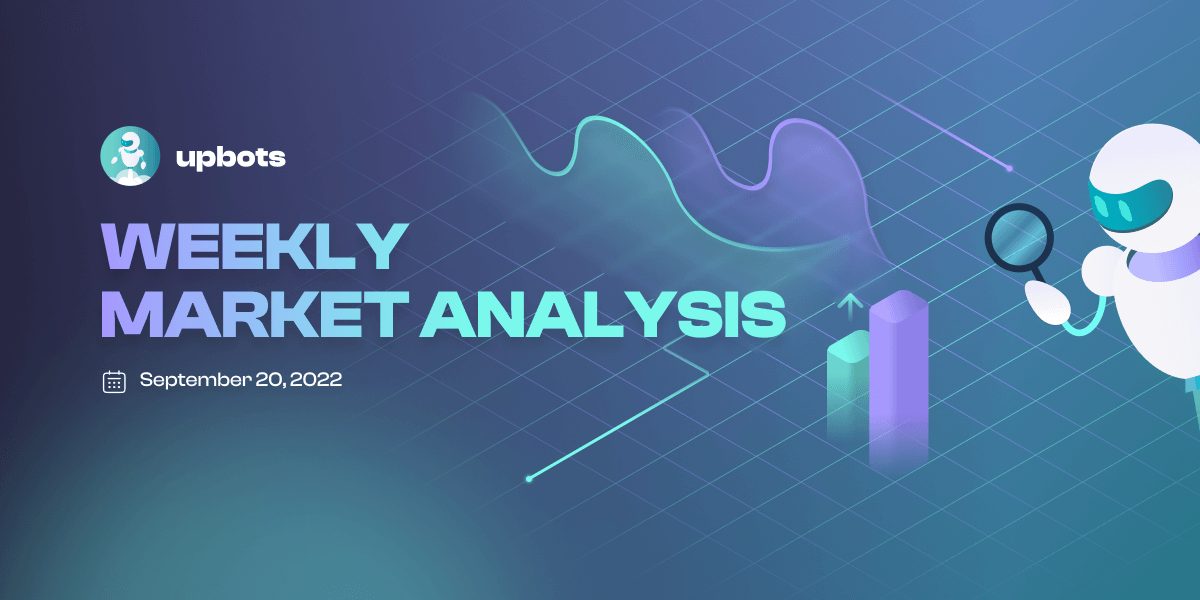 The evolution of the market during the past week was quite negative and Bitcoin is now trading just above the level of USD 19,000. What can we expect next? We'll break this down later in the article but first, let's go over the main industry news.

News is one of the factors that impact cryptocurrency price. It is important for every trader to stay up-to-date with the latest developments in the sphere. We’ve hand-picked some of the most interesting ones for you:

The United States Federal Reserve’s inflation “sledgehammer” is about to batter the prices of Bitcoin (BTC) and Ether (ETH) down even further, before reaching back to new all-time highs in 2025, according to Bloomberg analyst Mike McGlone.

Ahead of the latest Fed interest rate hike to be announced this week, the market is expecting a minimum of a 75-basis-point increase, however some fear it could be as high as 100 basis points, which would represent the biggest rate hike in 40 years.

YGG was initially launched in the Philippines in late 2020, but following an early-stage investment from IVC, the duo teamed up to expand YGG across the globe via subDAOs, initially starting in Southeast Asia.

he United States Securities Exchange Commission (SEC) has made an unprecedented claim that Ethereum transactions take place in the United States as Ethereum nodes are “clustered more densely” in the U.S. than in any other country.

The SEC argument is found within a Sept. 19 lawsuit against crypto researcher and YouTuber Ian Balina, which alleged, among many other complaints, that Balina conducted an unregistered offering of Sparkster (SPRK) tokens when he formed an investing pool on Telegram in 2018.

The SEC claims that at the time that U.S.-based investors participated in Balina’s investing pool, the Ether (ETH) contributions were validated by a network of nodes on the Ethereum blockchain, “which are clustered more densely in the United States than in any other country.” 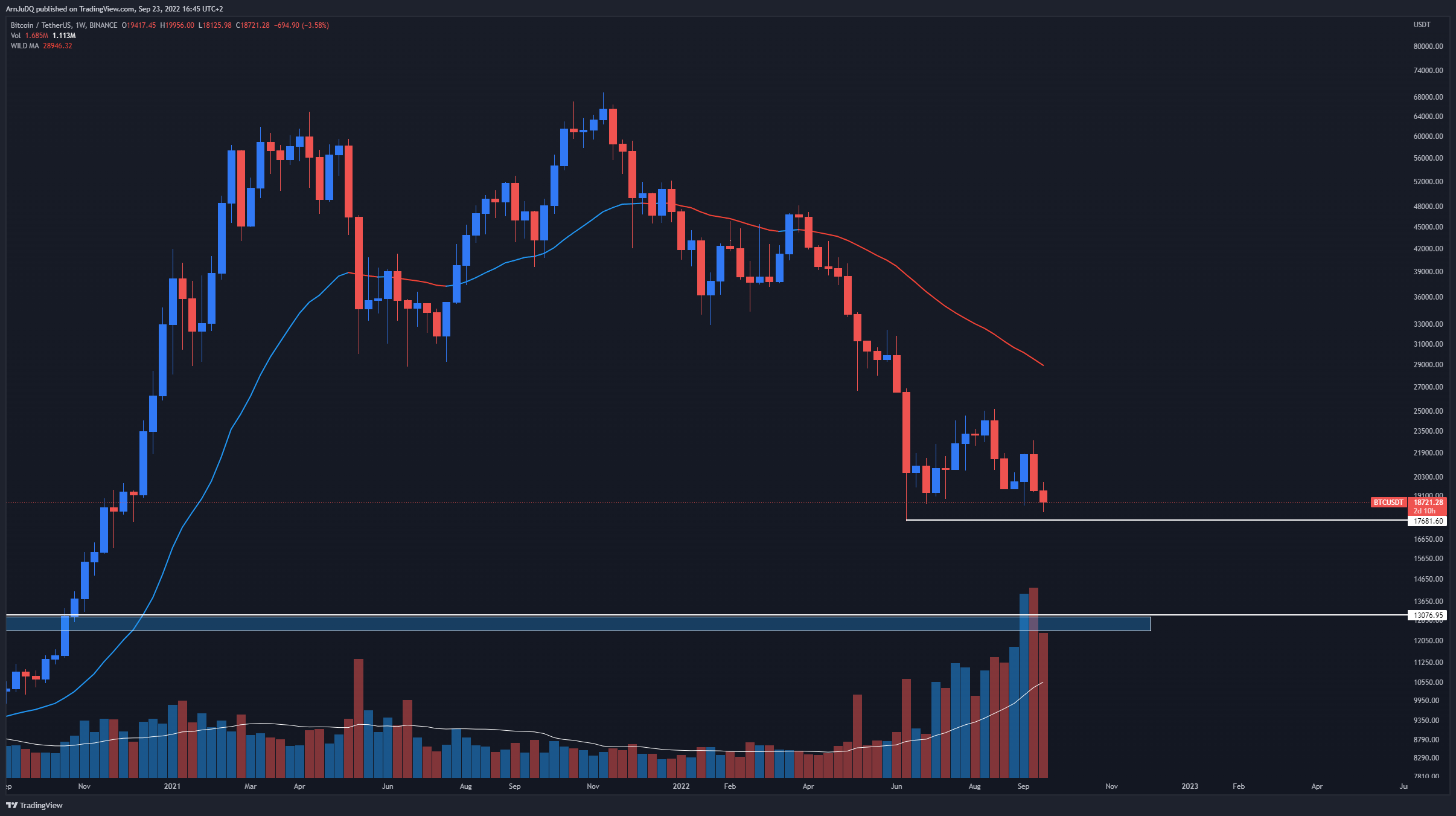 Last week was really negative for BTC with a loss of more than 11% on the Binance platform. Prices are now hovering just above the USD 19,000.

The weekly volume was significantly higher than the average level once again, even higher than the previous week. In fact, this is the highest volume ever measured on Binance since its listing in a week. 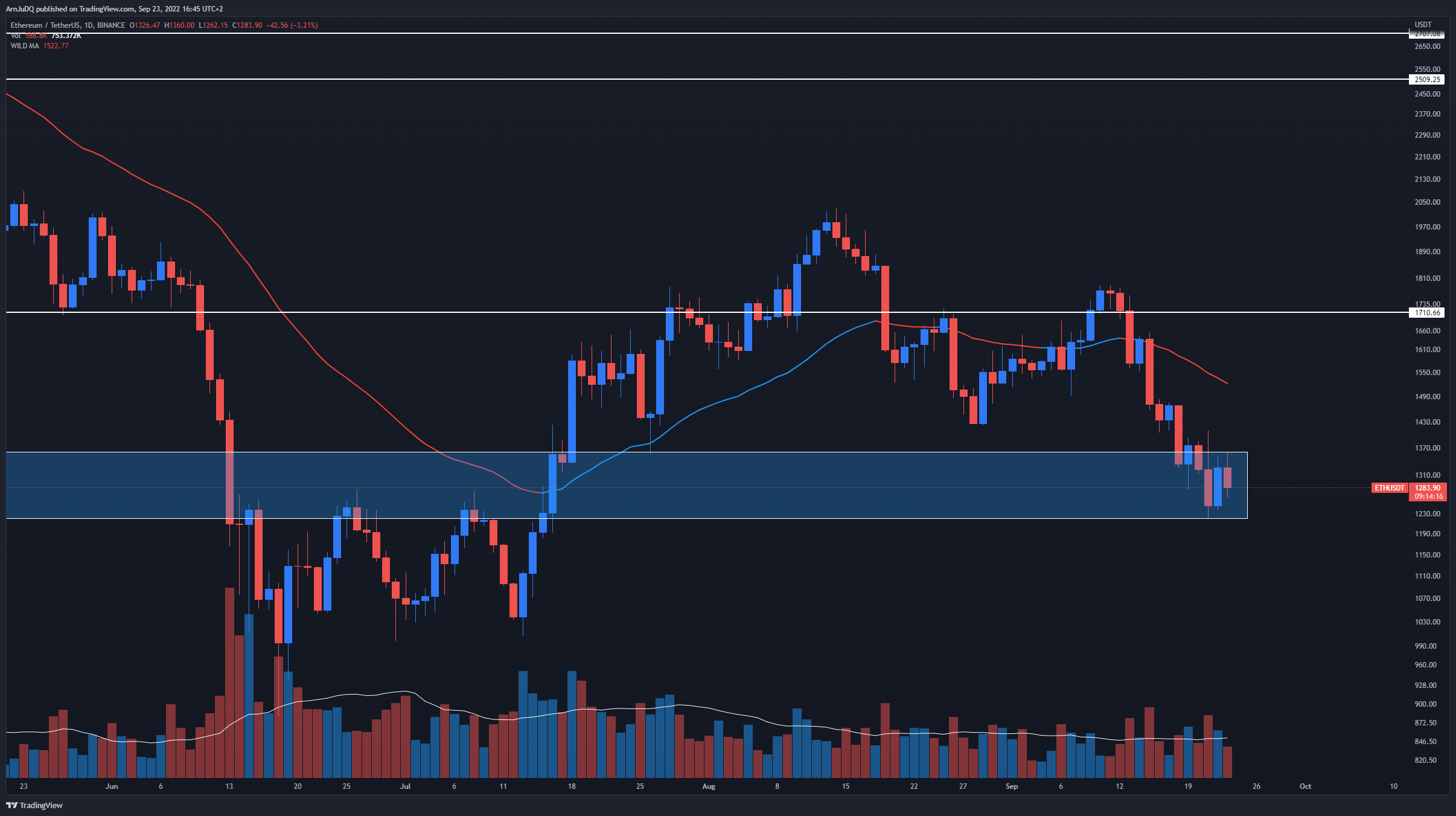 As usual, when BTC does something, Ethereum follows suit. This time ETH did even worse than BTC following the merge with a loss of almost 25% in one week. Buy the rumor, sell the news as they say right? This kind of loss would be the crash of a decade if we were on traditional finance.

The daily technical situation is now neutral with a MACD positive and WaveTrend negative. On a 4-hour time frame, the indicators are now positive.

Close 60% of your position on the June 21st LTC short 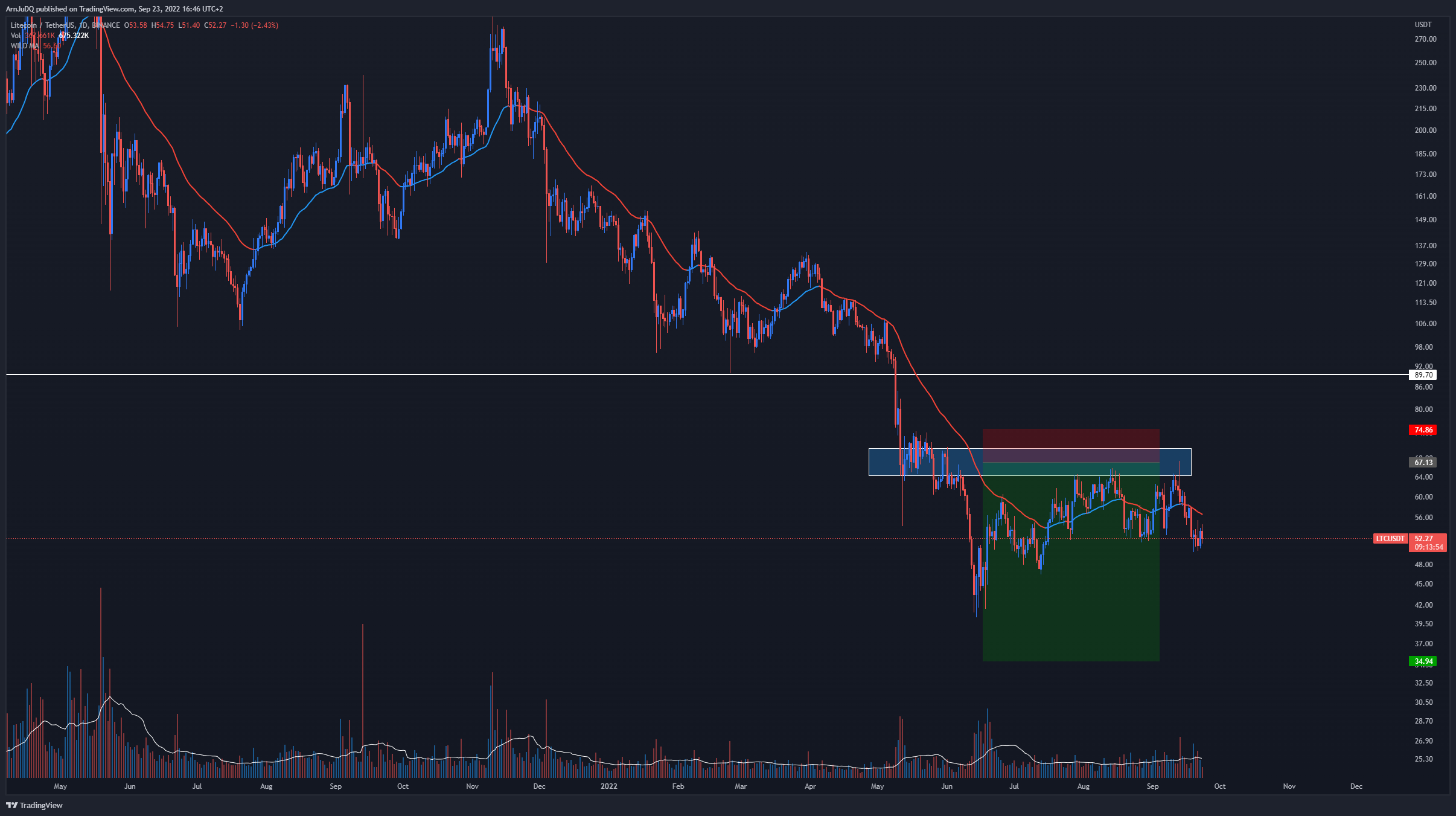 It took almost the whole summer to develop but here we are. LTC is now 22% lower than our entry zone, which is then a good opportunity to close 60% of your position, if you were in it!

There is nothing more important for success in trading. Plan the trade and trade the plan! As simple as that. In fact, don't be tempted to take dangerous positions and wait for confirmation.

I'll see you next week, take care of yourself!