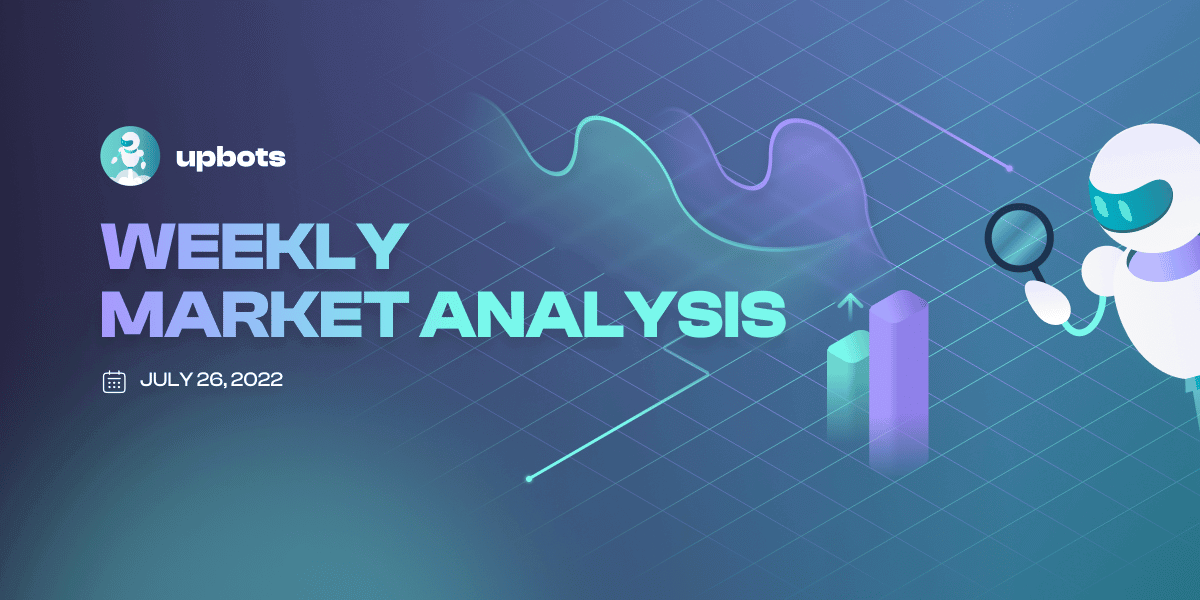 The evolution of the market during the past week was quite positive. Bitcoin is now trading just above the level of USD 21,000. What can we expect next? We’ll break this down later in the article but first, let’s go over the main industry news.

News is one of the factors that impact cryptocurrency prices. It is important for every trader to stay up-to-date with the latest developments in the sphere. We’ve hand-picked some of the most interesting ones for you.

Bitcoin (BTC) could be in the process of bottoming after gaining 25%, based on several market signals.BTC’s price rallied roughly 25% after dropping to around $17,500 on June 18. The upside retrace came after a 75% correction when measured from its November 2021 high of $69,000.The recovery seems modest, however, and carries bearish continuation risks due to prevailing macroeconomic headwinds (rate hike, inflation, etc.) and the collapse of many high-profile crypto firms such as Three Arrows Capital, Terra, and others.

Over a quarter of Asian Pacific ‘emerging giant’ startups tied to blockchain: Report

The Asia Pacific region is seeing a major business shift with increasing numbers of new technology startups appearing, even as venture capital investment is decreasing compared to last year. A report from Big Four accountant KPMG and international banking company HSBC based on a survey of 6,472 Asian Pacific startups found that over a quarter of them are blockchain related. Nonfungible tokens, or NFTs, led the way among sectors where Asian Pacific “emerging giants” were active, followed directly by decentralized finance, also known as DeFi. Electric vehicle charging infrastructure, quantum computing, and robotic processing automation rounded out the top five sectors. Blockchain real estate and decentralized autonomous organizations (DAOs) ranked 14th and 15th, respectively, on the same list.

Institutional sentiment toward Ether (ETH) appears to have shifted into positive gear, with digital investment products offering exposure to the asset having posted four consecutive weeks of inflows, according to CoinShares.Prior to this, ETH investment products had been on a lengthy 11-week run of outflows that saw the total year-to-date (YTD) outflows hit as high as $458 million in mid-June.According to data from the latest edition of CoinShares’ weekly “Digital Asset Fund Flows” report, Ether investment products posted inflows totaling $8.1 million between July 18 and July 22, adding to the previous week of significantly major inflows of $120 million. 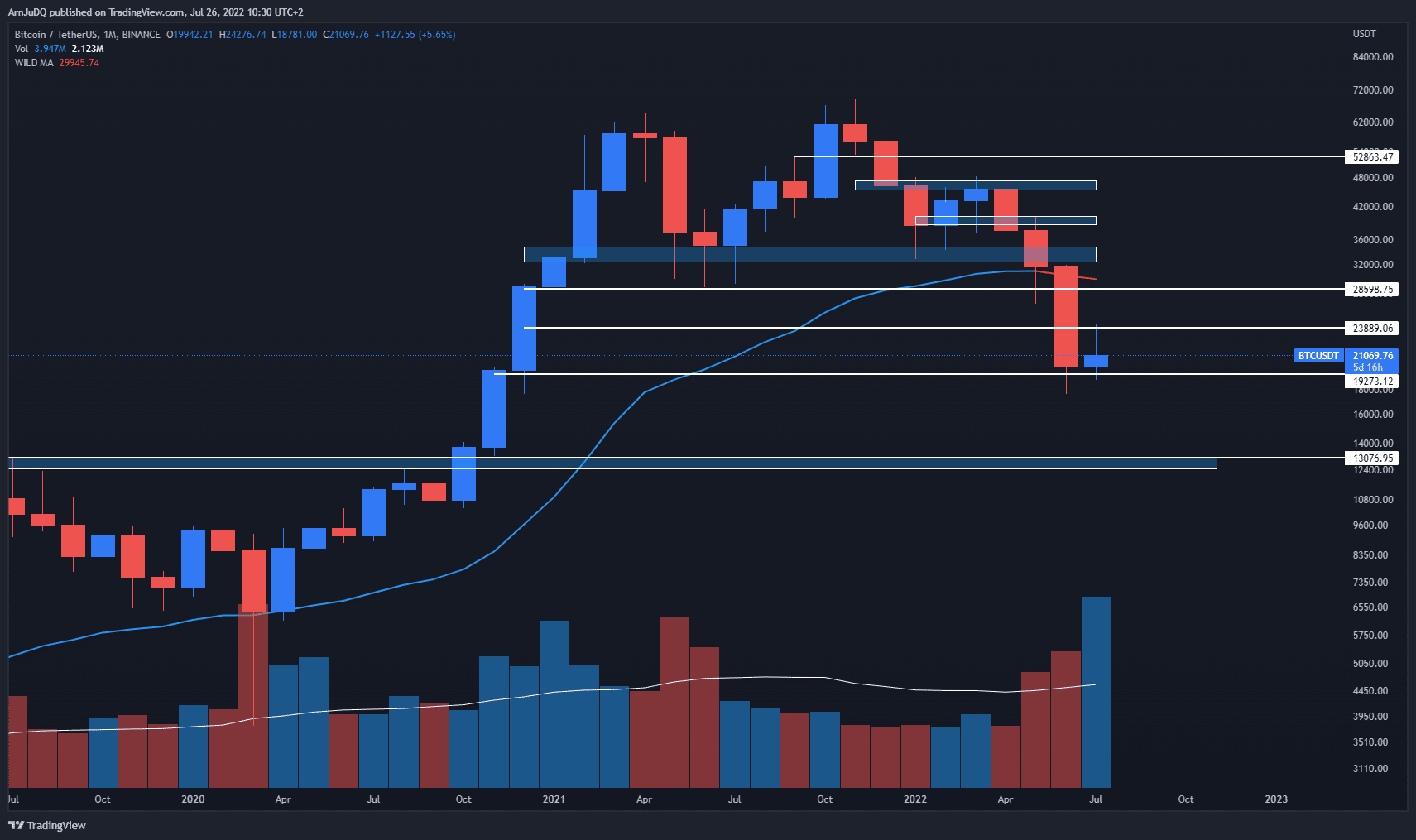 If you follow us every week, you know that I often talk about it. I mention here of course the famous level of USD 24,000.

Well, it was tested last week without a breakout and BTC has been consolidating ever since.

BTC was trading just above the USD 22,000 level yesterday, which was a local support level at the time, but this did not hold and BTC is now trading around the USD 21,000 level.

Nevertheless, we have a monthly candle that remains in the positive, for now, with a more pronounced decline of course not to be ruled out. 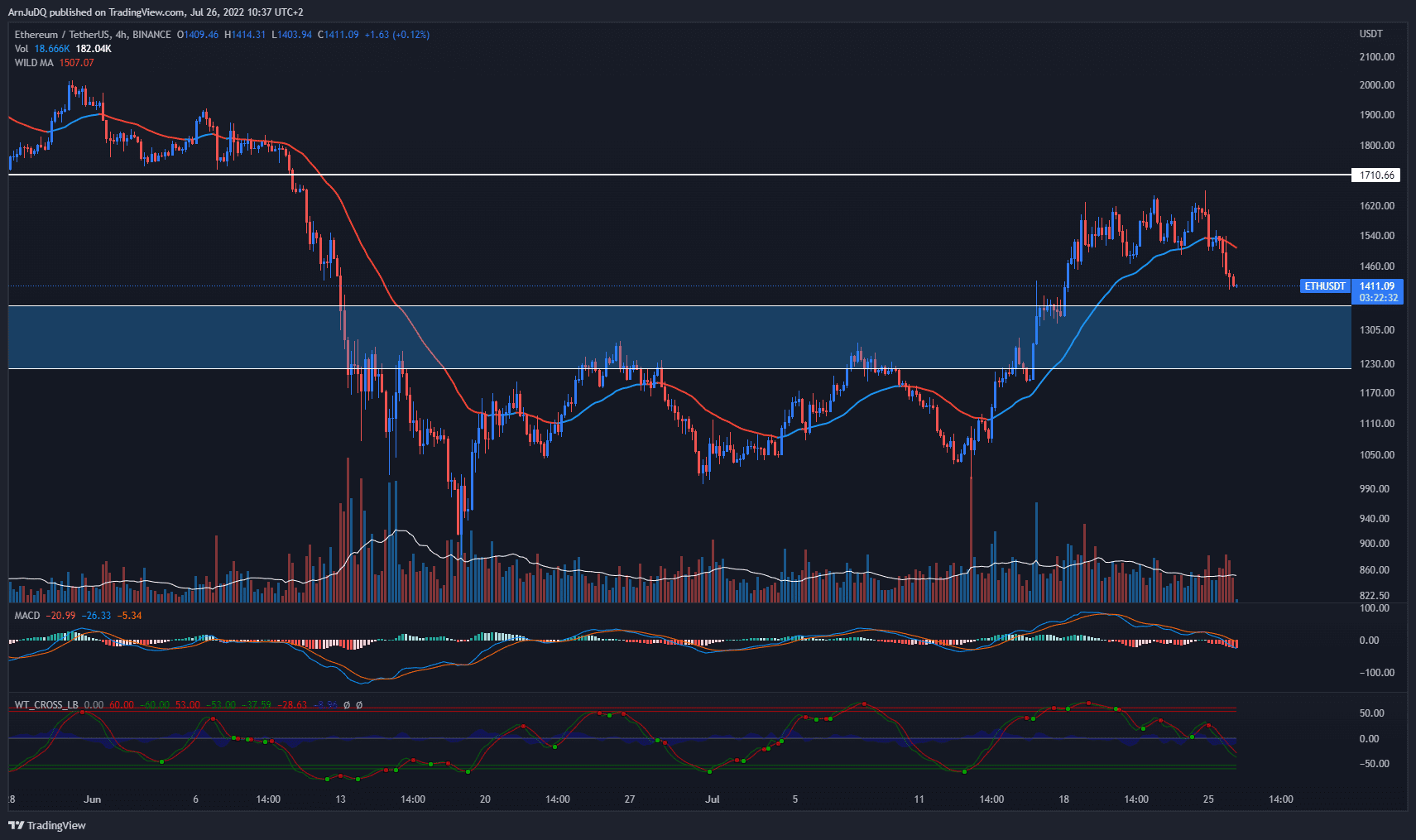 As usual, Ethereum follows the evolution of BTC very closely and even failed to reach the USD 1,700 level.

The daily technical situation is now negative with a sell signal already given by the WaveTrend and a MACD that seems ready to cross downwards. On a 4-hour time frame, the indicators are negative.

ETH is heading towards its support zone located around USD 1.350, we could then see a rebound. However, below USD 1.700 the risk remains too high to open a buy position.

Altcoin of the week: Conditional long on XRP 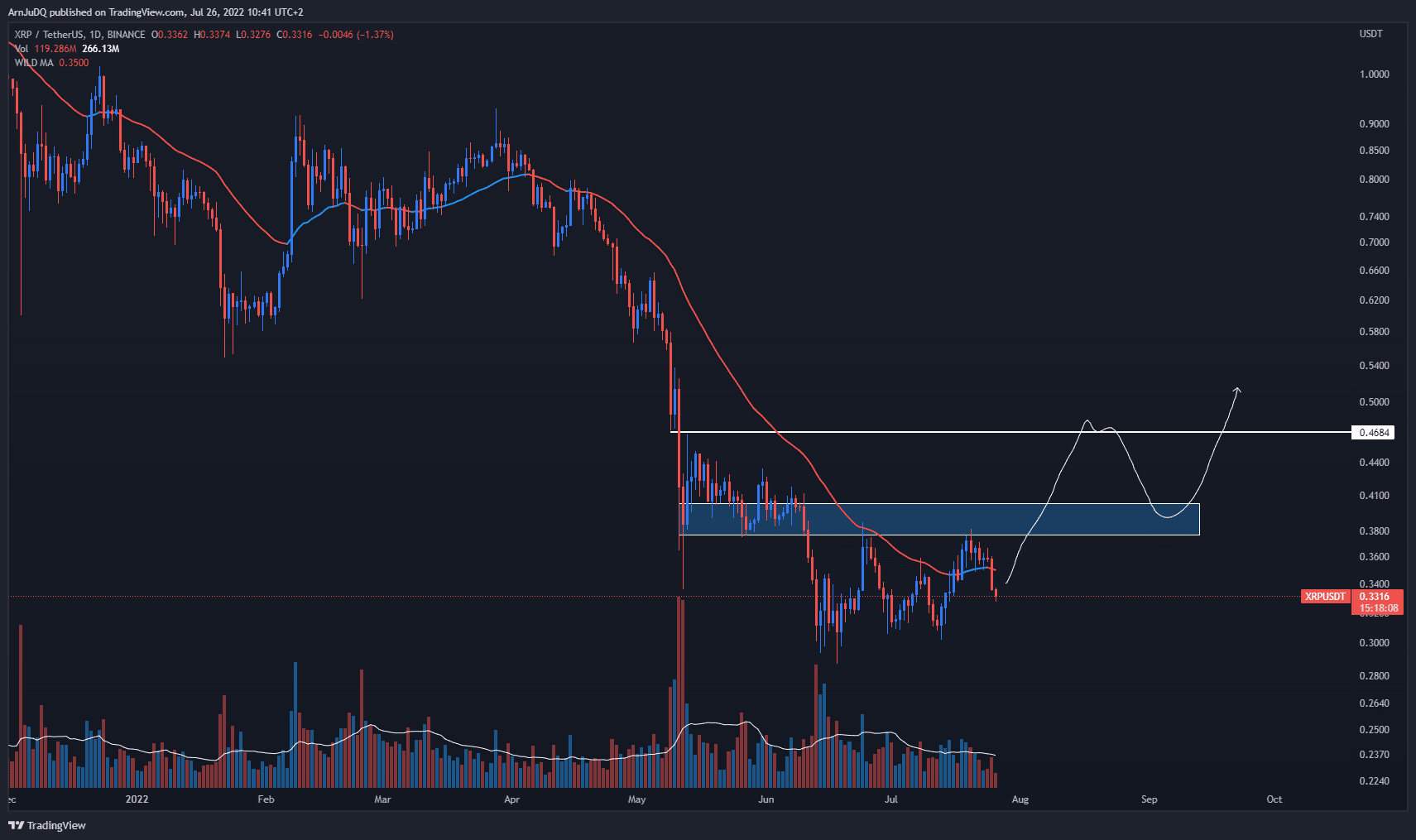 The XRP/USDT pair has seen the same rejection as BTC and ETH over the past couple of days.

We will therefore open a retracement position around USD 0.39 to target a return to USD 0.46. Caution, before doing that we need XRP to first overcome this zone, tag USD 0.45-0.46 and THEN open a position on the retracement.

In the meantime, be careful! Do not overexpose yourself, as usual.

There is nothing more important for success in trading. Plan the trade and trade the plan! As simple as that. In fact, don’t be tempted to take dangerous positions and wait for confirmation.

I’ll see you next week, take care of yourself!