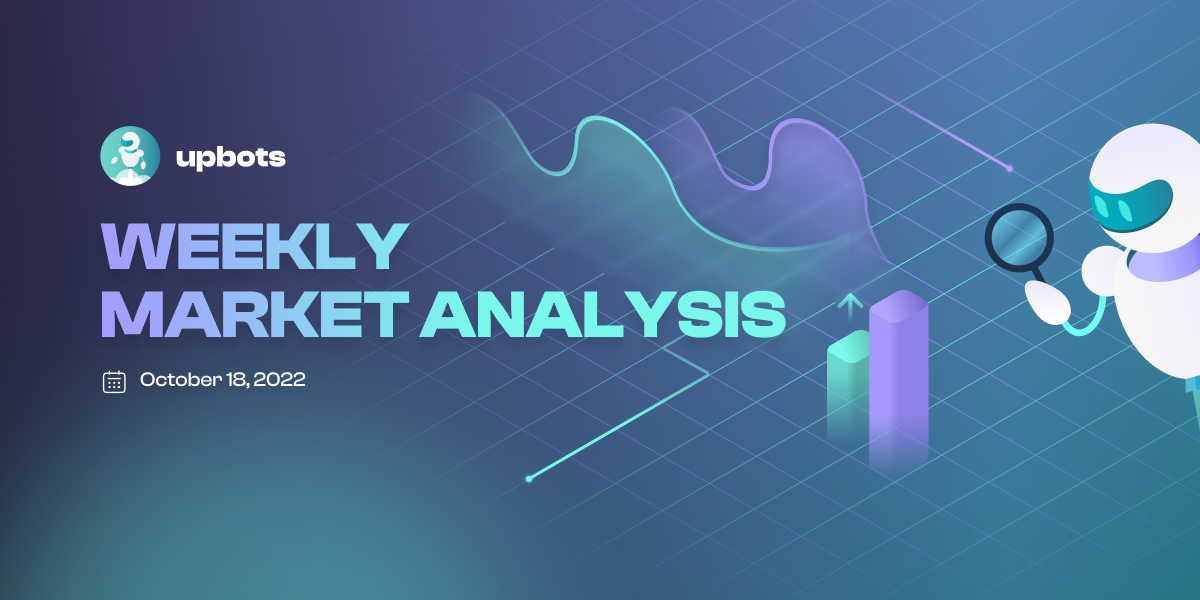 The evolution of the market during the past week was quite negative and Bitcoin is now trading just above the level of USD 19,600. What can we expect next? We'll break this down later in the article but first, let's go over the main industry news.

News is one of the factors that impact cryptocurrency price. It is important for every trader to stay up-to-date with the latest developments in the sphere. We’ve hand-picked some of the most interesting ones for you:

Ripple users may be able to interact with Ethereum-compatible decentralized applications (DApps) in the future following the launch of a test phase of Ripple’s new XRP Ledger sidechain.

The launch of the sidechain was shared in a Tweet by blockchain development firm Peersyst Technologies on Oct. 17, noting that the new sidechain is compatible with Ethereum Virtual Machine (EVM).

This means that Ripple users could eventually have access to decentralized applications like Uniswap (should it port over) and Web3 wallets such as Metamask and XUMM Wallet.

The new sidechain also comes with a cross-chain bridge built to transfer XRP and other assets between the EVM-supported sidechain and the XRP Ledger Devnet.

To this date, the whereabouts of Three Arrows Capital founders Su Zhu and Kyle Davies remains unknown, with some accusing the duo of being on the run.

In a court motion filed to the United States Bankruptcy Court Southern District of New York on Oct. 14, advisory firm Teneo claimed that standard methods to contact the duo have failed as the “Founders’ whereabouts remain unknown.”

It also said that the request for Advocatus Law LLP, the “Singapore counsel purporting to represent the Founders,” has declined to accept the subpoenas on behalf of the pair, adding that the founders have also “yet to offer any forthright cooperation” having “only made themselves directly available for two brief discussions” since proceedings began.

Walmart’s global chief technology officer (CTO) Suresh Kumar has tipped cryptocurrency to become a "major" area of disruption, particularly in how customers pay for virtual and physical goods in the future.

Speaking at the Yahoo Finance All Markets Summit on Oct. 17, Kumar outlined Walmart’s positive stance on digital assets, noting that “crypto will become an important part of how customers transact” for both physical and virtual goods.

“I think that there are three major areas of disruption. Crypto falls in sort of the middle of it,” he said, explaining that “the way in which customers are getting inspired and discovering products” is changing.

Kumar also suggested that a significant amount of customers will be marketed to through the Metaverse and live streams on social media apps, and that crypto could be an important payment option in these kinds of areas. 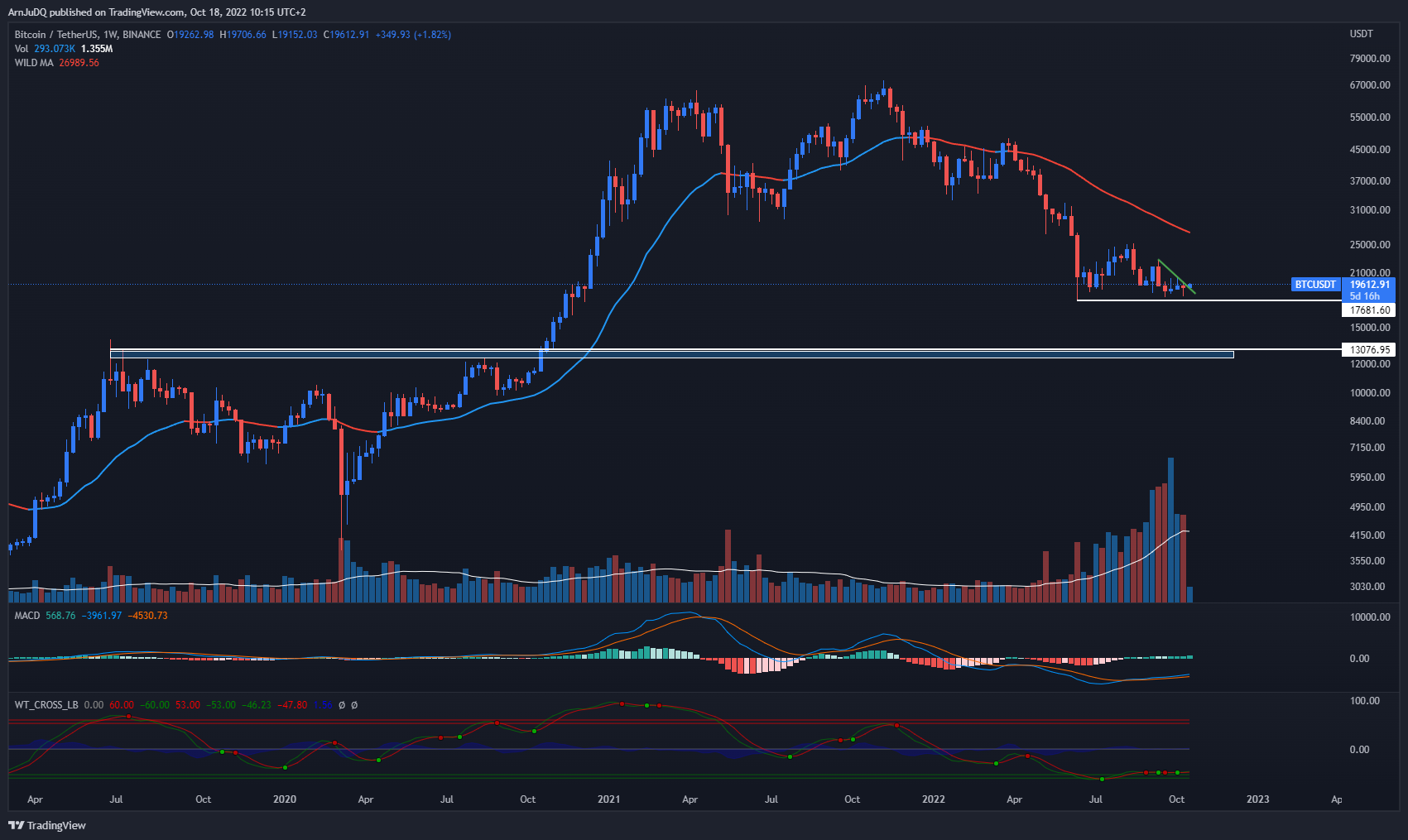 Last week was negative with  BTC that lost almost 1% on the Binance platform. Prices are now hovering just above the USD 19,600.

This week is starting in positive with almost 2%, a MACD and a WaveTrend positive. 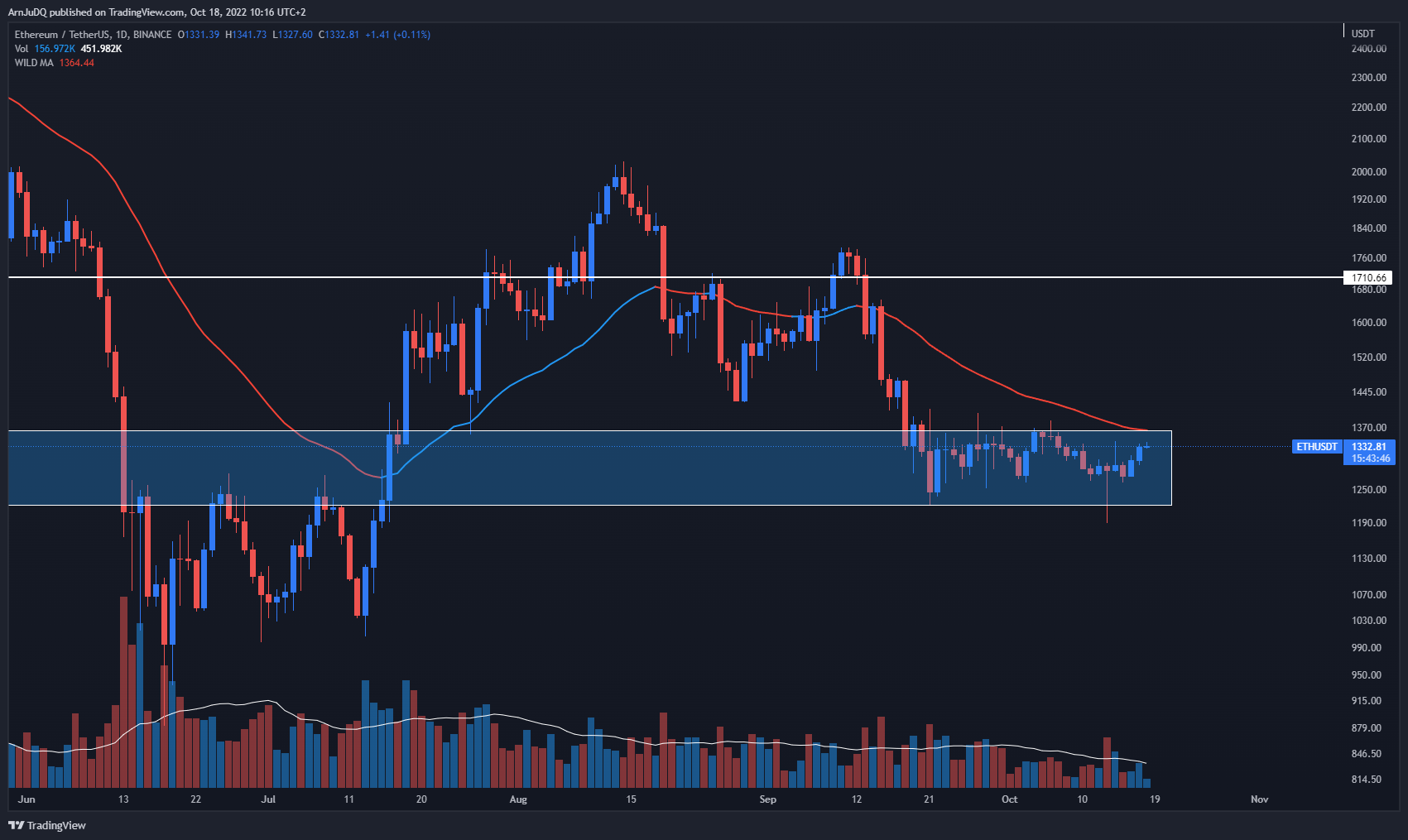 As usual, when BTC does something, Ethereum follows suit. This time it was as usual with ETH losing 1.3% while BTC losing almost 1%.

The daily technical situation is now positive with a MACD and WaveTrend also positive. On a 4-hour time frame, the indicators are positive too.

Currently the support zone is holding, if it breaks we could see ETH at USD 750. 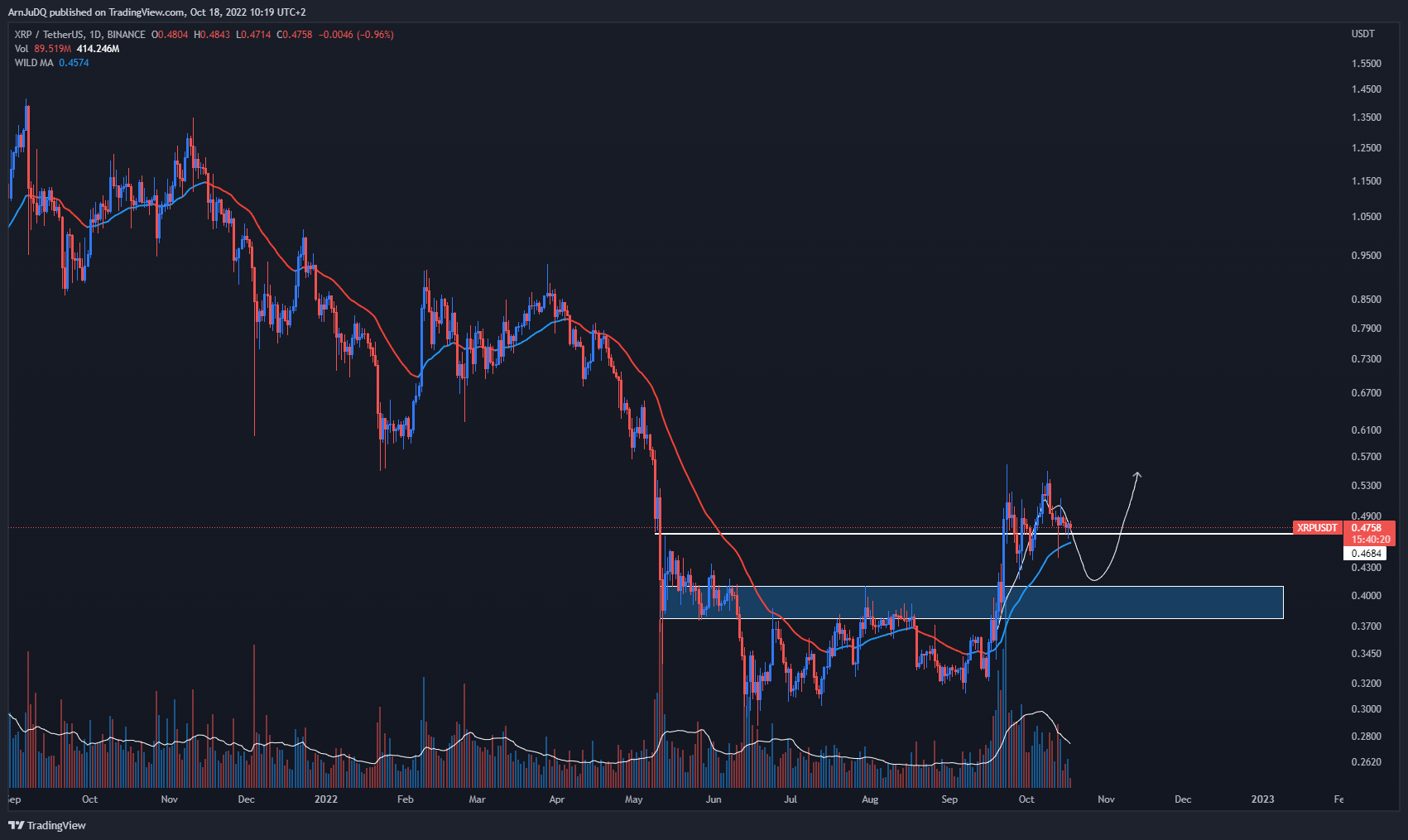 XRP/USDT is now trading at around USD 0.47. If XRP retrace towards USD 0.40, we’ll open a trade on retracement.

There is nothing more important for success in trading. Plan the trade and trade the plan! As simple as that. In fact, don't be tempted to take dangerous positions and wait for confirmation.

I'll see you next week, take care of yourself!