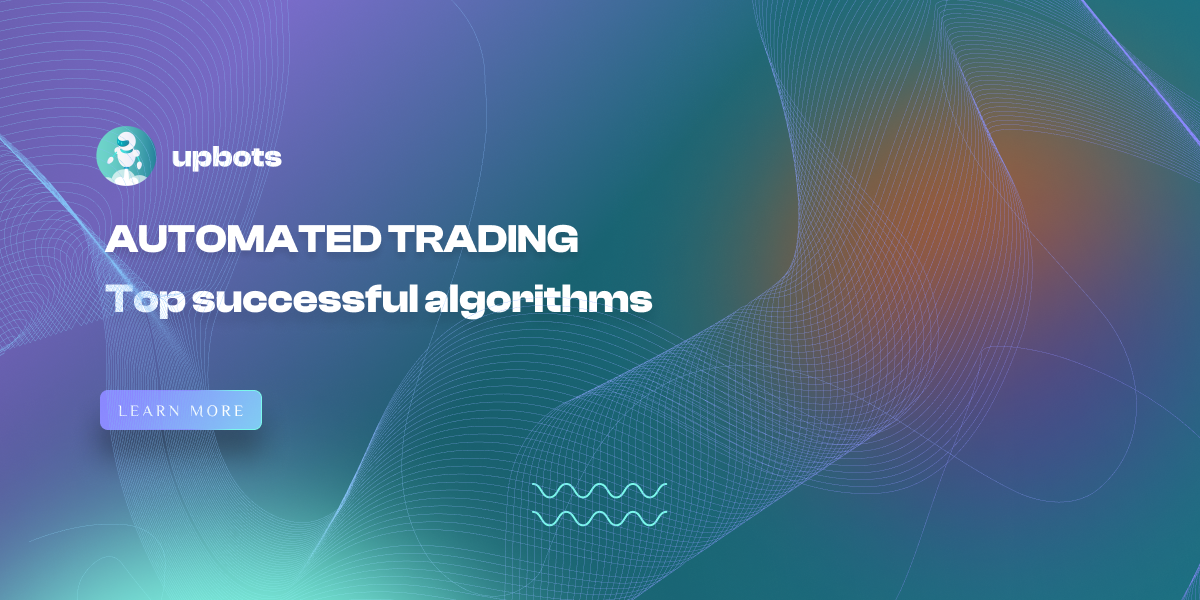 Last week we looked at the steps and best practices necessary for rigorous backtesting. You now know that you need to separate your dataset into several parts and respect certain rules for your algo dev career to be successful.

Today we're going to take a look at the different types of algorithms you'll be likely (or not) to develop! Let's get started!

This type of algorithm is the one you are least likely to develop on your own, but we have to talk about it. The goal of a high frequency trading algorithm is to make many, many trades in a short period of time. To give you an idea, we are talking about thousands of trades in less than a second.

The principle is simple, buy before others and sell shortly after with a small profit. Repeat as many times a day as you can. This type of algorithm is reserved for large investment banks, hedge funds and other financial institutions as it requires special conditions. Indeed, such practices with "retail" transaction fees would be impossible.

Arbitrage bots are also quite complicated strategies to implement for a single developer or a beginner. It requires a thorough knowledge of financial theories as well as a fast programming language. This type of algorithm relies on the existence of different marketplaces and therefore a quotation that is not exactly the same.

The goal is then to buy where the crypto, or any other asset, is the cheapest and sell it on the exchange where it is the most expensive, pocketing the difference.

This type of bot assumes that prices always revert to their mean. Let's take the example of a moving average, when prices deviate too much from it, a mean reverting algorithm will tend to open a short position.

This is exactly the opposite of a mean reverting algorithm! In a trend-following system, the bot will seek to enter a position as quickly as possible, as soon as it detects a potential trend, and to ride it as long as possible. This type of algorithm is the easiest to implement, but it does have a fair amount of false signals. Nevertheless, when a trade is winning, it largely outperforms losing trades.

If you are just starting your journey as an algorithm developer, your first goal should be to create a profitable trend tracking system. You can then move on to a mean reverting system once you have a little more experience.

However, for any type of algorithm, your creativity and rigour in testing will prove to be the most important thing.

See you next week for the last episode of the series on algorithmic trading with the following question: Who is better? Bot or Humans?

Do you already have a trading algorithm working, or even know someone having a good one? Do you want to earn passive income by renting it to one of the best trading communities and be sure to get what you deserve? If you answer yes to this, we invite you to contact us: [email protected]